Travel can be surprising.  Like Forrest Gump’s box of chocolates, you never know what you’re going to get.  Today we’ll see the first of two consecutive nights of amazement.

We had planned our trip to include a night in Brissac-Quincé, about which more tomorrow, but it’s a fairly long drive from Arles, so we decided to have a simple layover in Bourges, a city large enough to have a good supply of lodging and food, and close enough to our next destination to achieve the goal of not being exhausted arriving at either location.

We pulled up to our bed-and-breakfast in Bourges and were delighted with the “drive-up” experience: 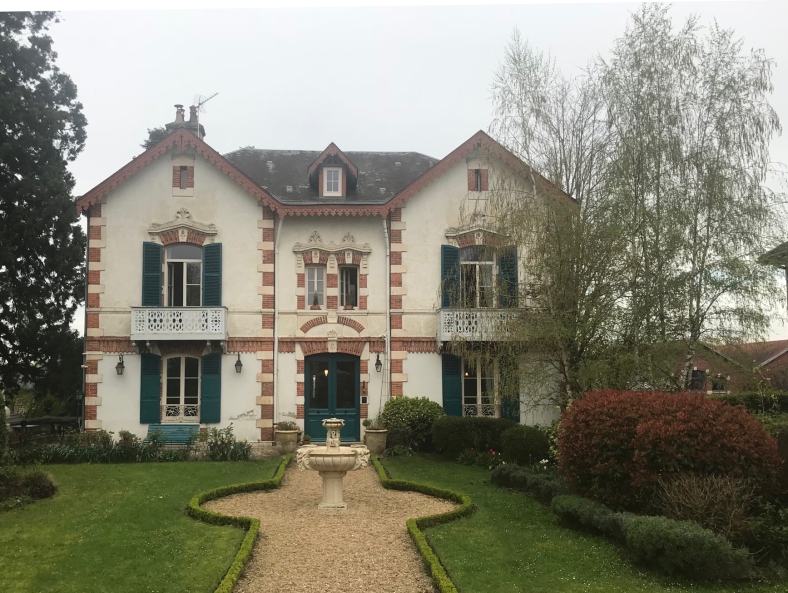 The name derives from that of the current owners, Gilles and Sophie Oustalet.  The house was originally the home of a family who owned the factory that employed 200 workers making railroad car axles.  Those owners were justifiably proud of their enterprise, and made that clear in the stained glass windows in the stairwell:

I bet this is your first time to see stained glass windows of railroad axle parts!

The bedroom we enjoyed was spacious and comfortable.

The Oustalets are models of complete hosts, including having a wonderful garden from which come the flowers that decorate their home and some of the food we had for breakfast (six different jams, all homemade from homegrown produce). 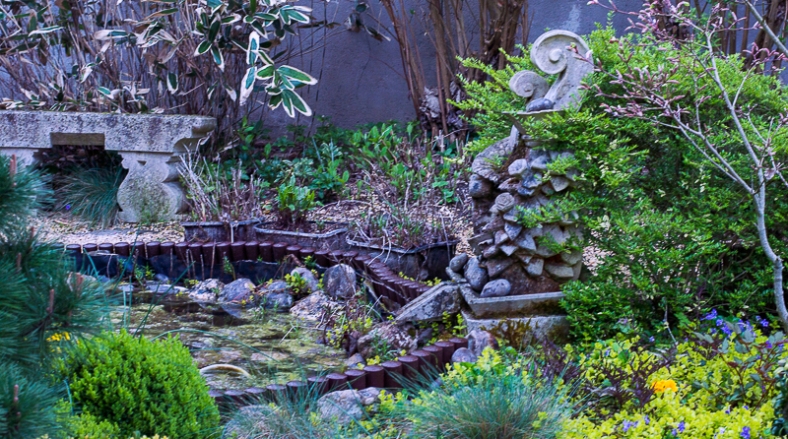 Besides being made utterly welcome by the hosts themselves, we were also greeted by the third member of their family still living at home, Eliot.

I found Eliot to be an unusual name for a French dog and asked Gilles about it.  Gilles told me with a Gallic shrug that he couldn’t think of any other name starting with E, so Eliot it is.  That didn’t quite satisfy me so I asked why E was so important.  It seems that the French national dog registry (something like the AKC) established naming rules in the mid-20th century, requiring (or suggesting, depending on whom you ask) that all dogs born in a given year have names starting with a given letter.  So if I had been on top of my game, I’d have known immediately that Eliot is nine years old.  We had a great stay and will recommend it to anyone who asks.  But hurry–the Oustalets are ready to move on with the next phase of their life, travel, so if you’re interested in buying L’Oustal, let them know.

One thought on “A rest stop in Bourges”